Review Specs and Price Nissan Grand Livina - The journey twists and turns of the presence of MPV (Multi-Purpose Vehicle) is more often called Family Car in Indonesia is always interesting to be discussed, one about Brand Nissan through its product called the Grand Livina. This car was first introduced by PT. Nissan Motor Indonesia as a Single Agent Brand (car manufacturers) in 2007 along with the earlier version of the hatchback named the Nissan Livina X-Gear.
During the circulation, the Grand Livina was introduced with several variants, such as type 1.5 SV, 1.5 XV, XV 1.8 and 1.8 Ultimate. Improved display (facelift) participated done either minor or major facelift facelift to attract the hearts of potential customers. At the facelift version, a variant that is present is still the same as the types that had been there before, but there are additions such as the presence of type HWS HWS-type CVT and CVT Autech all of which use the 1.5 liter engine.
In this article, not described in detail regarding minor facelift, but that will be discussed is a major facelift conducted in 2013 covering the exterior, interior, some supporting features, as well as the machinery sector. In the local market, the Nissan Grand Livina be a competitor for the Toyota Avanza, Daihatsu Xenia, Chevrolet Spin, Proton Exora, Mazda VX-1 and also Suzuki Ertiga. When facelift held, rivals are getting, among other New Toyota Avanza, Daihatsu New Xenia, as well as Honda Mobilio.
Eksterior Nissan Grand Livina

Glancing outside, the Grand Livina brings a pretty sweet design with a long body, thin and low ground clearance. Dimensions are quite disproportionate to the category of low MPV front wheel which is known to have comfort of a sedan. At the front, the Grand Livina carrying pointy shaped halogen headlamp extends to the rear bumper with grille long and elegant style. In this sector, the Grand Livina get a minor facelift that pengubahannya quota only on the bumper and grill models only. 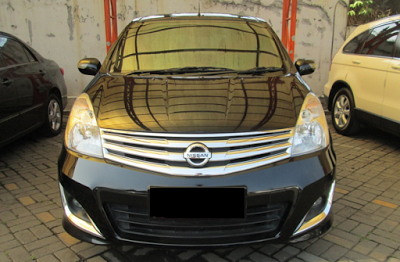 So do major facelift in 2013. In fact, if viewed from the sales, this car should be replaced completely with the presence of the second generation. However, the parties will confirm Nissan Livina family models replace the next few years. Precisely in 2017 or 2018. Back to the topic, on the major facelift, significant changes were made in the form of light Nissan looks more pointed towards the grille and bumper more sporty models. 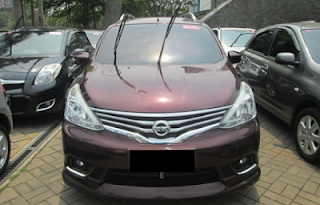 Turning to the rear, the Grand Livina older versions before facelift carries the stop lamp extends down like a stop lamp models are applied on the VW Golf Mk.4. Along with the defogger and wiper on the rear glass. 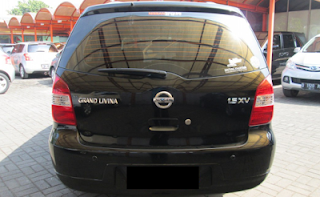 Meanwhile, back at the Grand Livina stern facelift there are refreshment especially in the area stop lamp. Believe it or not, the stop lamp models diusungnya again almost like the VW Golf, VW Golf Mk.7 precisely. The model is no longer the stop lamp extends down but extends to the side inverted trapezoidal shape with a pointed end. 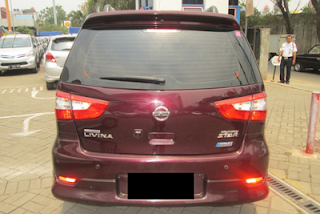 Entering the cabin area, you will be treated by a quality premium interior appearance unlike other low MPV seem cheap. The composition of the console button on the dashboard can be operated easily because it is easy to read and the distance is not too far away. Or in other terms, all the controls are very driver oriented. At the Grand Livina legacy (prefacelift), the color scheme used is black with silver accents on the console and the area around the steering wheel buttons. Wheel itself in the form of a model 3 spoke exactly the same on the Nissan X-Trail T31. 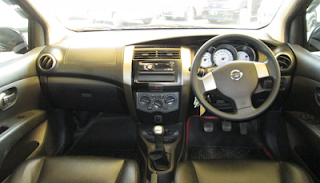 While the facelift model, there is little difference include color schemes have implemented two tone scheme. In addition, the steering wheel models were little changed though still follow the model 3 spoke. In this model, the steering is more comfortable when held. 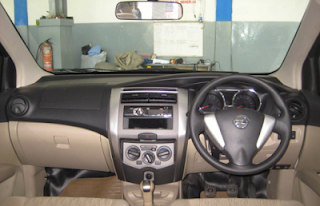 Overall, the Grand Livina cabin space can accommodate up to 7 people. Especially on the back, should only be filled by children because of the available space is narrow. Even so, the flexibility of the interior is one of the plus points for the Grand Livina, where the second and third row seats folded flat with a ratio of 60:40. With this folding mechanism, the charge capacity be increased so that it can carry large luggage such as plants, bicycles to kitchen equipment for long-term needs.

Grand Livina older version comes with two engine options, each a different capacity. The first engine capacity of 1.5 liter HR15DE berkodekan configuration with inline 4-cylinder 16-valve DOHC valve control technology plus CVTC (Continuous Variable Valve Timing Control). The maximum power stands at 107 HP at 6,000 RPM rotation and peak torque of 148 Nm at 4,400 RPM. For the facelift version, magnitude and torque numbers are still the same, it's just been embraced Twin VTC (Variable Valve Timing Control) that is claimed to be more fuel-efficient. As with Dual VVT-i that is widely used in Toyota products. 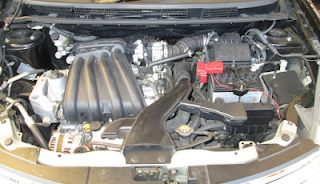 Furthermore, there is a larger capacity engine that is 1.8 liters with MR18DE code. This machine is only present in older versions of the Grand Livina in the sense no longer be used as an alternative to the facelift version. Greater strength, 126 HP at 5200 rpm with peak torque of 174 Nm at 4800 RPM. Variable valve settings the same as the older version of the 1.5 liter engine. Acceleration is capable recorded by these machines really qualified. Drove up to speed with a full car capacity is also not a problem. 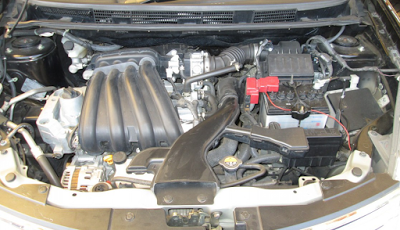 One serious competitor for the Toyota Avanza has a comfort that is almost like a sedan thanks to the use of McPherson Strut suspension plus stabilizer at the front and torsion beam at the rear plus stabilizer. The suspension is relatively soft so that traveling with family feels more comfortable and enjoyable. Bumpy roads is not an obstacle, small to medium shocks can be mitigated to the maximum because of suspensions Grand Livina has been complemented by the ripple control on the part absorbernya shock. Additionally, its body weight is fairly mild and flat handling make this car easy to control without adanaya symptoms of body roll means.
Specifications Nissan Grand Livina

Similarly, a full review of review of specifications, price, as well as the advantages and disadvantages of the Nissan Grand Livina. In conclusion, the car is quite loved for its comfortable that almost resembles a sedan, steady handling, acceleration capable and affordable prices