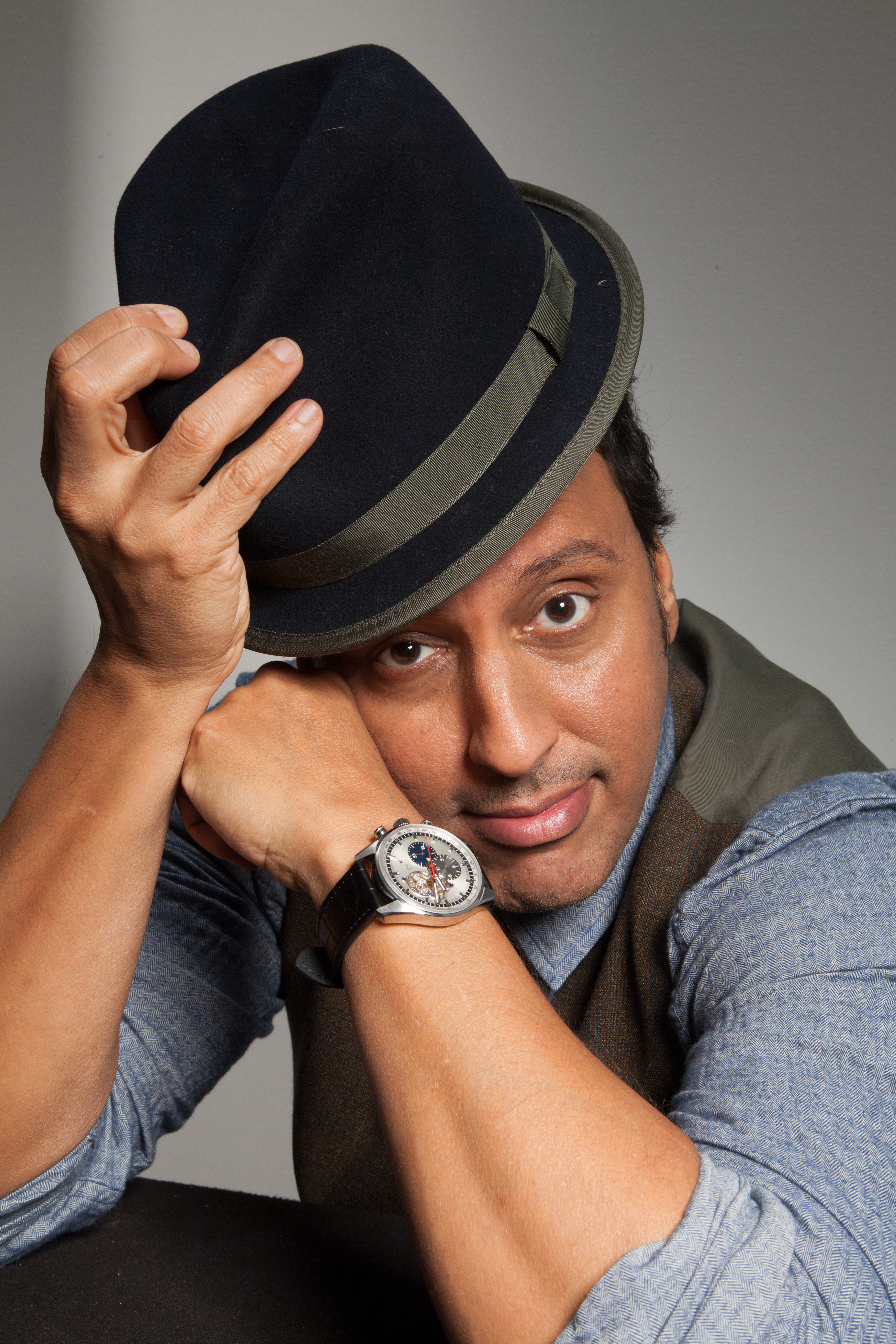 When Aasif Mandvi first arrived in New York 30 years ago, the Indian-American actor started climbing the ladder of what he callsbrown-guy rolesthe small supporting gigs he says were available to him off-Broadway, in commercials and on goofy sitcoms.The first parts are mostly cab drivers and deli owners,saysMandvi, 49, sitting at his local greasy spoon diner on the Upper West Side.Then, you graduate to playing doctors, dentists, maybe even an obstetrician. And then,he says with a grin,You got to play a terrorist. You know youve hit the big time when you grow a beard and say things like Death to America!in an Arabic accent. That was all that was open to me.

A lot has changed since then. Mandvihas gone from spouting one-liners from the front seat of taxis to being one of the most in-demand writers and actors in comedy.For the past nine years, his main gig has beenThe Daily Show,where he is theSenior Muslim Correspondent,pushing the shows satire into new frontiers amid post-9/11 anxiety and an ever-growing American anti-Muslim bias.This summer, hell co-star with Jack Black and Tim Robbins in The Brink, a new HBO comedy about three men working in American foreign relations in the Middle East (thinkVeepmeetsHomeland). And he is currently writing a new play about his life for Lincoln Center, commissioned on the success of his memoir,No Lands Man, in which Mandvi who was born in Bombay and raised Muslim in Britain and Tampa, Florida recounts being stuck between cultures all his life.

But Mandvis most intriguing project might be his new Web series,Halal in the Family,a mock single-camera sitcom intendedto poke fun at Muslim stereotypesand the cultural anxiety some Americans feel about Islamic families and traditions. On the show, Mandvi plays Aasif Quosby, the patriarch of the affable Quosby family (the Cosby parody is overt, down to the ugly sweaters). The show addresses government spying, cyberbullying of Muslim children and other hot-button issues, while spoofing classicsitcom tropes, including canned laughter and flattened lighting. (It even has a perky theme song, which goes,Were just an ordinary family/Living in your town/Dont worry!/We like monster trucks and football/Even though were brown!)

The idea forHalal in the Familycame from a sketch onThe Daily Show, after Katie Couric made an offhand remark that Muslim-Americans needed their own version ofThe Cosby Showin order to diffuse tension and potentially assimilate. The sketch, about a fake sitcom called The Quosby Show, went over so well that Mandvi and his cowriters decided to turn it into a series. They launched an IndieGogo campaign to fund the project and shifted the focusat least title-wise from Cosby to Archie Bunker. Bill Cosby got himself into a little bit of hot water,Mandvi says.We were like, well, hey itsonly30 women, maybe this will pass? But it turned out to be a blessing in disguise. Not for Bill, obviously, but for us.Mandvi says that changing the title to anAll in the Familyreference also hammers home the kind of statement he is trying to make he wants to make people confront their own prejudices and ignorance the way that Archie Bunker once did.

Mandvi is not shy about the fact thatHalalhas an agenda to inform and provoke every episode is accompanied online by facts and statistics about discrimination, which Mandvi compiled in partnership with organizations like Muslim Advocates and the Pillar Fund. But he also feels that making the sketches as funny as possible is the truly radical act.In the episodes, we deal with things like cyberbullying, infiltration of mosques and community centers by the FBI and NYPD,he says.But we didnt want to sacrifice the comedy. We wanted that to be first and foremost.

InThe Brink, Mandvi will again use satire to engage with a hot button, zeitgeisty subjectglobal animosities in the Middle East. He playsRafiq Massoud,a Pakistani chauffeur assigned to take Jack Black, an inept, slovenly American foreign service agent,around Islamabad.It becomes a little bit of this buddy movie, a bromance,says Mandvi.We end up getting caught in the middle of a riot and fall madly in love.Mandvis role onThe Brinkextends beyond actinghes also writing for the show and helping to produce it.First they said I was just going to be a guest star,he says.Then it became a recurring character, then a series regular. Then, two months after we shot the pilot, I got a call saying, Hey, would you like to come into the writers room? I went from auditioning for a guest star to being a writer/producer within three months.

Mandvis acting ambitions go back to his early teens, when he says he first spotted someone that looked like him in a classic role.I saw Omar Sharif in Dr. Zhivago,he says.And I was like, A brown man who isnt playing a native or a servant? I want to do this.'Mandvi jokes that his parents (dad is an academic turned corner store owner, mom a nurse; both are Indian immigrants) are still waiting for him to go to medical school. But it was his mother who encouraged him to join up with the Brighouse Childrens Theatre in Northern England.My mother was a very progressive woman for someone who came from her background,he says.

Mandvi has since become the leading ambassador for Muslim comedy, though he admits it can get burdensome constantly engaging with issues of race and discrimination.I do get tired of the lack of nuance out there,he says.Like with Charlie Hebdo. Everyone wanted to make it into a free speech issue, but on the other side,its about disenfranchised immigrants in certain parts of Europe who feel that they have no voice and the only recourse is to become a terrorist. There are grey areas, and were not good with those.I understandwhy Jon [Stewart] is saying that he has to get the fuck out of there. I cant imagine doing that job and not feeling like, Oh, my God, I am so tired of having the same conversation over and over and over again.'

As for theThe Daily Showanchor gig, Mandvi asserts that he didnt even put himself up for it. He also says that he plans to give future host Trevor Noah a clean slate when he arrives to take over the desk.We all love Jon, we dont want him to leave!he says.So theres a little but of hysteria. But what are you gonna do? Judge a guy based on four tweets that he did over 8,000 tweets? Hes going to get in that chair and people are going to watch him or they are not going to watch him.

Mandvi says he plans to stay onThe Daily Showas long as he can.Once you learn how to be aTDScorrespondent, you cant really use that skill anywhere else,he says.Youre like, hey guys, I can make fun of peoplewhileI am interviewing them. Theres nowhere else I can do this!